On our continuing jog around the world, here are jogging maps from two hotels in San Diego, California.  There are two main running locations near downtown San Diego.  One is the route along the Waterfront of San Diego Bay and the second is by Balboa Park.

The first jogging map is from the Hilton San Diego Bayfront.  As this hotel is right on the Waterfront, in the area known as the Embarcadero, the primary running routes suggested logically are along the Waterfront.  The map, created by Athletic-Minded Traveler, is good and clear, and the run along the Waterfront is beautiful. The second jogging map is from the Palomar Hotel, a Kimpton hotel, located in the Gaslamp District in Downtown, San Diego. One side of the Palomar map sets forth the route for a 4 mile loop run along the water, and the other side has the route for a longer run to Balboa Park and back. It also serves as a good tourist map, if in the immediate area of the Gaslamp District.

I wrote about my incredible suite at the Palomar hotel here, and the Palomar’s fitness center here.

I really enjoyed my runs in San Diego.  Once or twice, I ran downtown, crossed up and down the numerous steps by the Convention Center and continued down, stopping in to see the very grand Grand Hyatt and meandering through Seaport Village.

On another run, I ran up to, and through, Balboa Park, all the way to University Heights and back through the Hillcrest area of San Diego (I really liked Hillcrest).  About 8 miles into this glorious run, I found myself in the middle of a street fair on Normal Street sampling hummus!  What fun!  As you know, Won’t Run won’t run (duh…. ), so I take these times to explore areas that I’m visiting while he hangs back sleeping, relaxing or practicing his music.  Although I like GPS and running maps, some of my best runs are those where I simply let myself get a little lost.  Sometimes I use my runs to scope out places I want to go back to and spend more time at.  Sometimes, I go to the places I realize I won’t otherwise have a chance to get to.

Here area  few photos from my runs in San Diego: 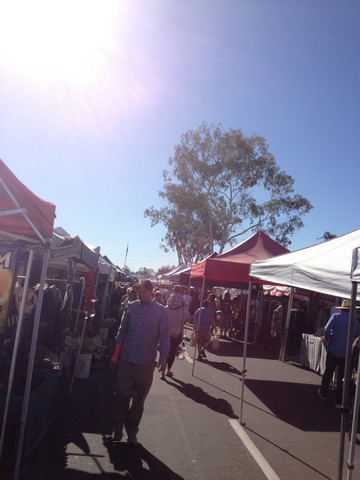