I spent the week leading up to Labor Day visiting Kaua’i, Hawaii – the Garden Island.  I’ve been to other islands, but when people speak of Kauai, they speak with such passion and emotion, that I just had to experience it for myself.  So, for more than a year, the idea swirled in my head that I must run the world-class Kauai Marathon (I seem to always tag marathons on to my travel dreams).   A few months ago, I contacted the Public Relations team for the Kauai Marathon.  My wanderlust enthusiasm must have been apparent as I received (and quickly accepted) an invitation to run the Kauai Marathon and stay three nights at the Grand Hyatt Kauai as a blogger for the Kauai Marathon.

Won’t Run had never been to Hawaii and couldn’t say yes fast enough when I asked him to join me.   We used Delta miles – – I was upgraded on 3 of the 6 segments.  Yes, 6 segments, LGA-DTW-LAX-LIH and LIH-LAX-MSP-LGA.  It wasn’t too bad and got us to where we were going.

We  visited a few airport lounges – actually four en route to Hawaii, including, the new American Express Centurian Lounge at LaGuardia Airport, the Delta Sky Clubs at both Detroit Metropolitan Wayne County Airport and Los Angeles International Airport and the Alaska Airlines Board Room at LAX.

On the flight from LAX to Hawaii, I was upgraded to Business/First.  It was an old plane, but the crew was a lot of fun.  They served Mai Tais and even made an extra one so I could bring it back to Won’t Run. The hotel we’d chosen for the first two nights in Kauai, The Garden Island Inn, was in Lihue close to the airport.  There is a separate post about this hotel, which was cute and kitschy, but my main point here is that I did my research and followed my gut feeling that this hotel and its staff were special.  I was right! After two days at the Garden Island Inn, we moved on to Poipu Beach, where the Grand Hyatt is located.  That too warrants a separate post or two, but how can you not love waking up to the sound of ocean waves and seeing this? We had rented a car and spent a fair amount of time exploring the island. Won’t Run only wanted to go the adventure route  – to take a helicopter ride or rent ATVs or scooters, but I held that off, as I knew that a 26.2 mile run was in my near future.  One of our day trips was a ride to the North Shore.  We passed by so many lovely beaches and cute towns, and had the best, THE BEST, Ahi Poke (essentially big chunks of ahi tuna sushi which you can order in a variety of sauces) in Princeville.. and went to the bar restaurant, Tahiti Nui, in Hanalei where a scene from The Descendants, with George Clooney, was filmed.  Was I crooning, you ask? No, I was clooning!  But, seriously, it was exciting and Tahiti Nui was cool! Speaking of crooning, the island of Kauai was filled with roosters.  Seriously, these roosters didn’t care whether it was morning, noon or night, they just cock-a-doodled all the time. And don’t even think about killing these chickens, there’s a law against that. The mountains were exquisite, the beaches were beautiful and the runs around the island were divine.  Hawaii continues to mystify me with its beauty and serenity. Another excursion trip we took was to Waimea Canyon.  This was about an hour drive from the Grand Hyatt.  You drive up and up and up one of the mountains (actually, to me it seems that Kauai is one BIG mountain), and then you finally get to a lookout, and you see this beautiful scene!  Wow. There was a host of  Kauai Marathon-related activities – covered in a separate posts – including a VIP Dinner, speaking with some really great running rockstars – including Bart Yasso and Dean Karnazes , shopping the Expo, a Saturday fun run on a dirt path, watching a kids race, and the marathon event itself – every step picturesque, complete with Hawaiian drummers, dancers and singers along the way. I mean, seriously, does it get more beautiful than this? I’m not sure what makes Hawaii so magical – why it’s beauty overwhelms me as it does – why even the scents of Plumeria and Jasmine bring me to my knees.  Hawaii just lures me closer and closer with every visit. 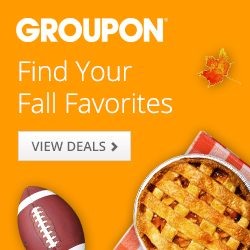