While marathons take place year-round, it is specifically during the autumn time-frame ~ from mid-October to mid-November ~ when marathons are front and center for many runners.  In the United States, the most notable large fall marathons include the Chicago Marathon, the Marine Corps Marathon, the New York City Marathon and the Philadelphia Marathon.  I have now run all of these (I’ve run the New York City Marathon 16 times)

This year I ran the Marine Corps Marathon for my first time.  I was registered for it last year, but never went because of Superstorm Sandy.  This year, I registered again.

I traveled to Washington, D.C. by Amtrak Saturday morning.  From Union Station, I took the Metro directly to the DC Armory, where the Expo (including bib and packet pickup) was held.  To my amazement, we were lined up for miles outdoors, and it took about 2 hours until we were let in. Very nice shirt.  Front and back: I love expos.  My main aquisition:  this iPhone holder. 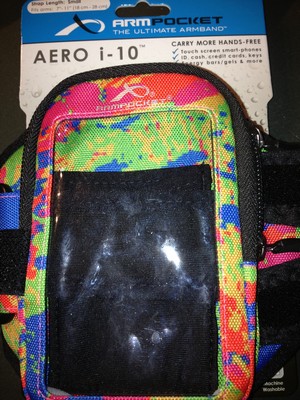 I stayed at the Hyatt Arlington – a perfect location – walking distance from both the start and the finish of the marathon.  We ate at the Hyatt’s restaurant, CityHouse, Saturday night and had the pasta buffet.   It was perfect.

On race morning, the Starbuck’s bar at the hotel opened at 5a.m.  With a giant coffee to ignite me, I got ready. It was pretty brisk at 7am, so I was glad I brought some extra shirts, gloves and a hat to wear to the start and eventually throw away (discarded clothing is collected and given to charity).  I often say that I judge a good race based on how much I throw away – and if that’s the test, then I did well on Sunday!

When I arrived at the starting area , I knew this was going to be a special event.  The Marine Corps Marathon is also known as the People’s Marathon.  We were next to the Pentagon and Arlington Cemetary.    Nearly one-third of the runners are active or retired armed forces, and the charities focus on aiding “Wounded Warriers” or families of “Fallen Heroes.” The wheelchair division began a short time before the main course. Before the marathon began, there was an impressive round of skydivers who floated down from the sky right over our heads, many holding flags. Wow. The start of the marathon was crowded, but eventually it thinned out and got more manageable.   I saw countless Marines and members of other armed forces, I heard Army bands, I passed by the Capital and many noted Washington, D.C. and Virginia sites such as the Smithsonian Museum as well as countless memorials.   The whole event was moving, and extremely patriotic.  I kept thinking – if this doesn’t make you feel patriotic, nothing will!

The Marine Corps Marathon, my 98th Marathon was a very memorable event.  I learned that it is about so much more than just running.  It is about the United States of America, its troops, gratitude, honor and patiotism. At one point, there was photo after photo of fallen heros.  The photos seemed to go on for miles.  I had to stop and cry. Somewhere around mile 17 or 18, I found my friend Dave Mari, who always wears Paul Frank shirts.  I didn’t look too happy to see him, did I?  Hey look at Letty, in the black shirt in front of me, running 26.2 miles in Vibrams!  Yikes. I finished and a Marine put a medal around my neck. I showered and returned home to New York Sunday evening.

Back in New York, the New York City Marathon is this Sunday.  Right now, everything is about the event.  From ads on the subways, to banners on the street, to the painting of the famous “blue” line that runs the distance of the course, to the throngs of foreign visitors in matching track suits, it’s all exciting and it’s all about the marathon!  This year, I’m a spectator, but I’m still enjoying all of the events.  My running team had its annual pre-marathon party last night, with a noted guest speaker, to provide motivation for the runners.  Good food, good friends, good health, and good times.  Isn’t that what it’s all about?