The most famous beer running group, the Hash House Harriers are said to have begun by British officers stationed in Malaysia before World War Two. They would get together once a week to ‘run off the previous weekend’s excesses.’ The rest is history, as the saying goes.

Beer running (and beer drinking) is a global phenomenon – and an interesting way to meet other runners when traveling. Here, guest author, Eric Jason Silverman interviews the founder of East Bay Beer Runners. Sometime, some fellow traveler might say, “let’s go have a beer after our nice evening run.” Next thing you know, you’re with fifty to one hundred other runners at the bar, all sweaty and happy. The bartender, thrilled to see all these friendly, thirsty locals, is pouring one cold brew after another. What does running have to do with drinking beer? A lot, actually. For one thing, it’s fun. All one needs is enjoying running and beer. And there’s the great mix of people. Why, there’s your boss! She too seems happy. There’s beer at the end of the run.  And yes, this is a fitness trend.

We’re not talking quaffing brew while running. That’s a whole other thing. Ramon Valle is chasing a qualifying time for the Boston Marathon. A self-described ‘bit of beer nerd,’ Ramon met fellow runner Gabe Abastillas.  What started as two dudes running and drinking together on Tuesdays has turned into the East Bay Beer Runners, one of the country’s largest beer running groups.  It’s social media membership is 3,200. Ramon is from San Leandro, CA. We spoke at The Trappist, Oakland, CA

Q  Why do you think people crave beer after a run?  After all, it’s just carbs, no?

A   Beer has water, and I hear that’s good for runners.  Aside from the alcohol buzz, that first sip hitting the lips fires your dopamine receptors. We also tend to think of beer as the ultimate recovery reward.

Q  What drew you to beer running?

A  I stopped playing recreational sports after college, but continued to drink beer.  A friend kept calling me “skinny-fat.” Then I met Gabe.

When we formed the East Bay Beer Runners Meetup, attendance started to snowball.  We’re one of Meetup’s top 150 running groups.

We’ve also been mentioned in Runners World.   It’s as much about people being health conscious, who also want to loosen up and live a little.

Q Where are EBBR events held?  Is there a formula for distance, kind of runner, or the bar?

A  We hold events each Tuesday night and try not to repeat a bar or brewery for a few months, with the exception of The Trappist, 460 8th Street, Oakland, on the first Tuesday each month. Most of our runs are in Oakland, occasionally Berkeley or other towns.

EBBR runners range from brand new to former collegiate athletes.    We encourage exercise. Otherwise we would just be a beer drinking club. Runs are 5k and a 5 miler for those who prefer to go longer.

Q  What are the main goals of the East Bay Beer Runners?

A  Our number one priority is to create a fun and safe environment.         Second, to help people make friendships while staying healthy.

Our organizers, myself, John Lee and Candie Tricong have always made an effort to meet new people and remember their names. Now that our group has grown to 100-plus per event, that can be a challenge.

EBBR has built a pretty large network of participants who volunteer or help drive charitable events such as Running for a Better Oakland (RBO), that encourages K–12 Oakland students develop a healthy lifestyle through running.

Q  How has the local beer running scene changed?

A  Organized races now supplement their finish line offering with beer instead of the usual banana and a medal. In addition, traditional run clubs are hosting happy hours.

Q  Relatedly, how do you see EBBR’s growth parallel to the local ale and craft beer community?

A  Since 2013, the number of craft breweries have more than doubled.

Of course, that means more options for the beer runner.  In general, our members like variety. Bars and breweries see beer runners as good for a Friday night level of business on a Tuesday.

Q  On average, what kind of runner repeats (participates in more than a single race)?

A Most of our runners become regulars at some point.

A  Once my daughter was born, my need to give back increased exponentially.  We’re helping Running for a Better Oakland organize its inaugural 5k and 10k fun-run with all proceeds going to the non-profit.

We do a once-a-year food drive through a local food bank and encourage our runners to donate non-perishable items.

Q. What sort of people register?

A Everyone is welcome as long as they’re old enough to get into the bar venue.  All ages participate in the running part. We ask that our runners RSVP through our Facebook event page, meetup.com, or Strava.

This helps give the bar or tavern a heads up on staffing needs.

Q  How do out-of-town runners find out about EBBR?

A  Out-of-town runners are welcome to join us. They can find us on Facebook, meetup and Strava.

Eric Jason Silverman is getting to know beer. He is a fellow traveler, runner, triathlete and a Will Run for Miles contributor. Wearing an orthopedic boot for eight weeks, he intends to use the time to whip his novel into shape and travel. His featured work as ’emerging artist’ appeared in the Jewish Weekly of Northern California. 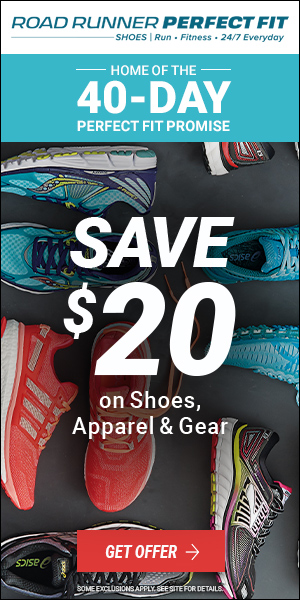